Defence ministers Zakir Hasanov of Azerbaijan, Irakli Alasania of Georgia and Ismet Yilmaz of Turkey have laid flowers at a monument to national leader Heydar Aliyev erected in the city center of Nakhchivan.

The ministers also visited the Heydar Aliyev museum in the Nakhchivan city.

They also visited the Alley of Martyrs to lay flowers at the graves of Azerbaijani heroes who gave their lives for the country`s independence and territorial integrity.

The ministers also visited the Heydar Aliyev museum in the Nakhchivan city. 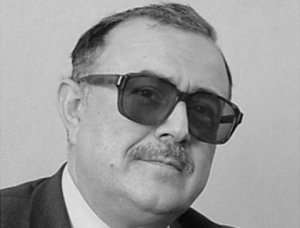 Today the birthdate of Maestro Niyazi

20-08-2014 18:03 - Sia.az - Siyasət
Meanwhile, some films would be displayed about the maestro and record of ballet to the music of the famous Niyazi symphonic Mugham "Rast".

20-08-2014 17:30 - Sia.az - İKT
The news that a Russian crime ring has stolen some 1.2 billion username and password combinations makes it more important than ever to take steps to protect yourself online. Hold Security, which uncov

Bride to be lost 6 stone by twerking

20-08-2014 15:34 - Sia.az - Mədəniyyət
Tipping the scales at 18st, bride-to-be Lindsey Jones decided it was time to change her tune. The 33-year-old put down the snacks and boogied away her belly at a Zumba class. Dancing to a mix of salsa